Chuck Leavell has been pleasing the ears of music fans for more than 40 years. His piano and keyboard work have been heard on the works of Eric Clapton, the Rolling Stones, George Harrison, The Allman Brothers Band, The Black Crowes, Aretha Franklin, Chuck Berry, Train, John Mayer... and many other prominent artists. His association with the Rolling Stones began back in 1982 and is still going strong and he is credited as the band’s music director.  He recently completed the Stone’s “No Filter Tour”.  He is a first call session musician, often working in Nashville.  Recent recordings there include work with Miranda Lambert, Montgomery-Gentry, Lee Ann Womack, Heidi Newfield, Lady Antebellum and more.

Chuck is also an artist in his own right, with several successful solo albums in circulation…the latest of which is his “Chuck Gets Big with the Frankfurt Radio Big Band” released in 2018. This project was recorded live with an amazing group of top-notch musicians, who make up a 17-piece jazz orchestra. The goal of the project was to make the recording to be as if a person walked into a beautiful room, and had a private concert with Chuck and the band. 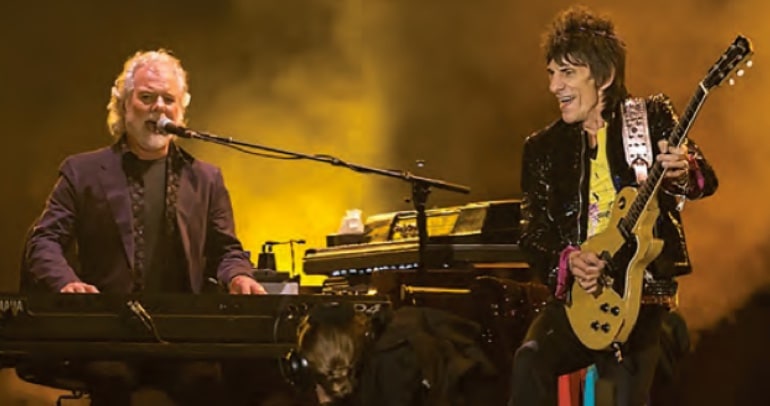 Also a respected author, he has penned four books. His book on forestry called Forever Green: The History and Hope of the American Forest, is now in its second printing in the U.S. with translated releases in Germany and Austria. His children’s book, The Tree Farmer, has garnered several awards including special recognitions from the National Arbor Day Foundation and the American Farm Bureau Federation and is in its third printing. His autobiography, Between Rock and a Home Place chronicles his career in music and also explains how he came to be so passionate on environmental issues. The book has recently been translated and released in Japan.  Chuck’s most recent book, “Growing A Better America: Smart, Strong and Sustainable”.  The theme is "smart growth", and how we can deal with the pressures of America's growth pains that are already causing us concern.  He identifies sustainable methods to help us with our growing transportation, energy, and housing needs.

Leavell co-founded The Mother Nature Network (mnn.com) in January of 2009, and the site made a quick rise to become the world’s première website for environmental news, information and education.  Chuck is a renowned environmentalist and tree farmer, and he and his wife Rose Lane were given the ultimate honor for their outstanding stewardship of their own forest, Charlane Plantation, by being named National Outstanding Tree Farmers of the Year in 1999. Leavell sits on several important environmental boards, including The American Forest Foundation, the U.S. Endowment for Forests and Communities, The Georgia Land Conservation Council and others. Chuck’s passion for forestry and the environment have elevated him to one of the most respected leaders in the field.

Chuck offers two motivational speeches, one is called “PRIDE”, on taking PRIDE in one’s work, and the other is called “Stewardship and Partnerships”. Within each speech, Chuck offers personal stories and life lessons from his vast career.  Both messages can be customized for any particular group and can apply to a wide range of themes. Chuck is unique in the industry in that he is willing to both speak and, if desired perform a few songs. 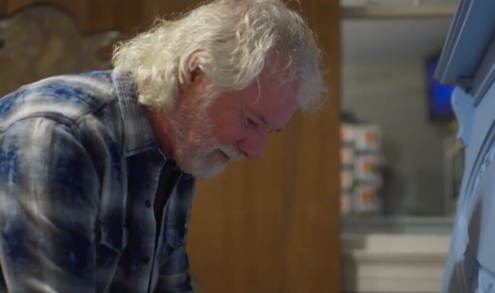 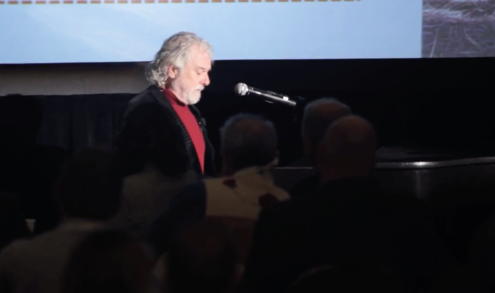 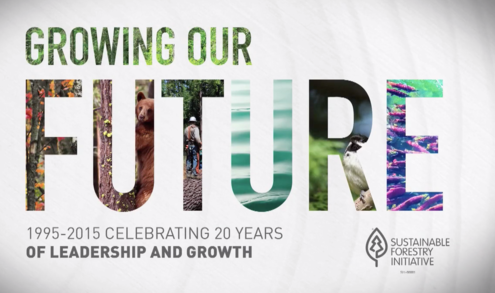 Chuck Leavell's Georgia Shelter - A piano player for the Rolling Stones on his 3,000 acres of trees

Chuck Leavell's New Album "Back to the Woods" Available Now