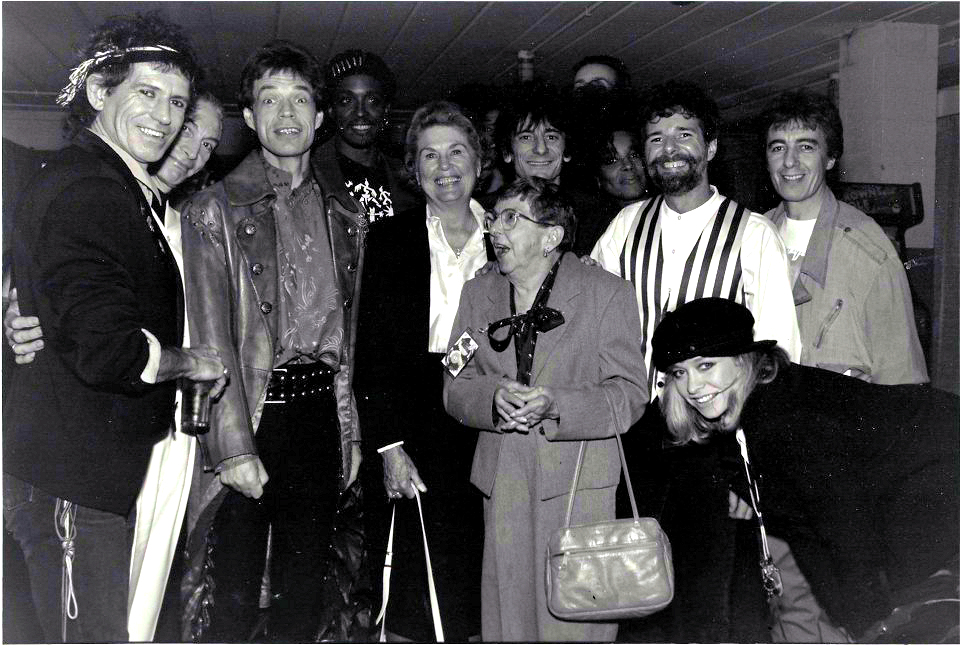 Since the early 1980s, Birmingham native Chuck Leavell has been the keyboard player for The Rolling Stones. During the Stones' 1989 Steel Wheels Tour, the band made a stop in Birmingham, and Leavell's mother saw him perform for the first time with one of the world's biggest rock bands.We emailed with Leavell to ask him about his experiences with The Rolling Stones and what it was like raising a family while on the road.

What was it like viewing the world at that time, when you were in such a prominent band?

We went to places that I had never been at the time. In 1990, after we had done the States, we did 10 shows in Japan at the Tokyo Dome, which was amazing. Soaking up that culture was so special. We also played cities in Eastern Europe that had been under the old Soviet Regime, East Berlin after the Wall fell, and Prague. There was this incredible feeling of "new freedom" in those places. We did extensive touring in countries like Germany, Italy, France, the Netherlands, Spain, Portugal, Norway, Sweden, Denmark. It was just an amazing time and an amazing tour.

What was your most memorable performance from the 1989 Rolling Stones Tour?

Certainly playing in Birmingham, the city of my birth, with the Stones was a highlight. I sent a limo down to Tuscaloosa to pick up my mom and her friend, both of whom came to the show, and of course I got them backstage to meet all the band. I have this wonderful picture of her with all of us just before we went on stage. It is fantastic. And playing Legion Field, where I saw the Stones perform way back in the late 60s, made it even more special.

Was that your mother's first time seeing you perform?

No, Mom had heard me play in bands before that. However, that was the first time she heard me live with the Stones. No doubt it wasn't exactly her favorite kind of music. She and my dad liked Andy Williams, Roger Williams, Lawrence Welk, Al Hurt, Acker Bilk and such, but she knew that British Invasion had taken over my generation. And even in my first band, The Misfitz, we were playing Stones, Beatles, Zombies, Kinks and the like, so she knew what I was into and understood this was the direction I was going in. And she was also well aware of how popular the Stones were. She had followed my years with The Allman Brothers Band and with Sea Level, as well as other recordings I was on from the time I became a professional around age 17. She had seen me through some ups and downs, but could tell the overall upward curve my career was taking. She always encouraged me.

Did you have kids at the time of the tour?

How was the experience of being on tour and trying to raise a family?

As much as possible, through all the years and all the tours, we've had them out with us. Obviously not all the time, but whenever it would make sense and was convenient. [Amy and Ashley] have both had tremendous experiences on Stones tours. As a matter of fact, Ashley worked on the Forty Licks tour back in the early 2000s. She had graduated high school and worked on the tour selling merchandise one summer. She went on to get her Doctorate in Endodontics. Amy never worked on a tour, but she came out a good bit even after she got married and had kids. Her and Steve's boys (our grandsons), Miles (age 9) and Rocco (age 6), came to see us in Orlando on the last tour. It's interesting. Our "Stones Family" has seen our own children born, grow up, get married and now we see all our grandkids sometimes coming on tour and playing together. Who would have thought? It's awesome.

* "Lost Stories" is a digital storytelling partnership between the University of Alabama journalism department and Alabama Media Group. Together, we're telling the stories behind the photos in our archives