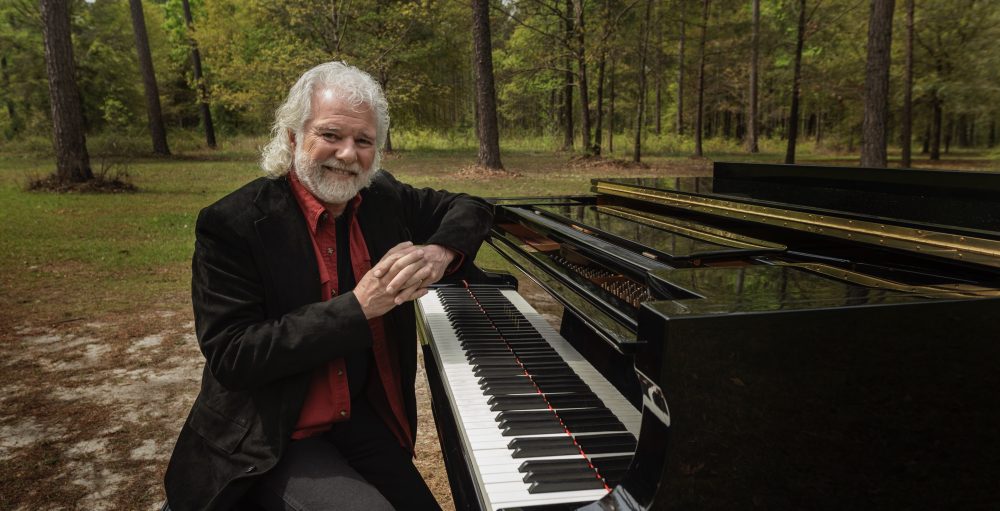 Famed keyboard player Chuck Leavell is — as a native Georgian — all about living amid the moss, even if the group he’s most associated with, the Rolling Stones, are by definition averse to it. A new documentary opening this weekend, “Chuck Leavell: The Tree Man,” charts his double life, as one of the most renowned session musicians and touring sidemen in rock ‘n’ roll on one hand, and a celebrated environmentalist with a fixation on Southern forestry on the other.

The film, a three-year labor of love for director Allen Farst, nabbed dozens of the stars the keyboard player has worked with for interviews, including all four current Rolling Stones (Leavell has been their touring musical director since the 1980s), Dickey Betts (that’s Leavell’s work you hear on the Allman Brothers Band’s “Jessica”), Eric Clapton, David Gilmour, John Mayer, Eric Church, Miranda Lambert, Bonnie Raitt and others. Also costarring in the movie, as you might guess from the title: trees — lots and lots of them.

“Concerning the title, Allen had that,” says Leavell, “and he said, ‘What do you think of this?’ And my first reaction was, well, wait a minute. Am I just ‘the tree man’? But I lived with it for a while and I thought, you know, I like that, because it’s not the obvious. It states a different part of me that a lot of people may not know that much about.” Which is not to say that it doesn’t work both ways. Leavell went into start-me-up mode in 2009 and started up what is now described as the foremost website for environmental news, the Mother News Network. Some of that site’s daily visitors may not know or care that its co-founder’s night job is playing “Honky Tonk Women” in stadiums.

Farst really wanted to focus on three strong threads of the 68-year-old Leavell’s life: his musical career, his forestry concerns and his stable home life — he’s been married to Rose Lane White, whom he met at the offices of the Macon-based Capricorn Records label, since 1973. In all three areas, Leavell comes off as a paragon of goodness, especially as rock docs go, with no descent into and out of drugs or debauchery; he’s a rolling role model.

“Hey, the story’s yet to be told! More to come,” laughs Leavell, as if there might be some secret stories of long, lost weekends with Keith Richards after all.

“There were actually some concerns about that early on,” Farst admits, referring to the lack of any rise-and-fall-and-rise arc for a subject who’s seemingly been steady as a rock since the beginning. “As a director, there’s not a lot of tension and release here, you know what I mean? We didn’t have those valleys to then come back up from. But I just thought the film could be very refreshing., especially in a political climate like the one we’re in right now, but even when we get out of this. Chuck’s story is so great. From 15, he’s at Muscle Shoals [the famed studio in Alabama]; I mean, I would’ve been playing in the dirt or riding wheelies at that point, but he’s actually trying to get into a studio and record a hit record. He’s so respected by everyone in music. He’s been married for 47 years to the gal he met at Capricorn when he first walked in the door. His body of work in forestry is just as amazing as it is in music, and you get to see him actually out there working on the farm. We want people to get behind something that we can actually cheer for, you know? And not be so Debbie Downer. I’m tired of the political climate, man.”

But there’s no mistaking that it’s the interviews with some of Leavell’s employers, specifically, that will be a draw for music fans. “When we made the deal,” says Leavell, “Allen said, ‘Chuck, you’re going to have to use your best efforts to reach out to all of these people.’ And I thought, ‘Oh my God, what have I done? Now I’ve got to go make all these asks and… oh, God.’ And it was a bit awkward to pave the way, But Allen was great about it because I would pave the way, he would take it up, and it wouldn’t have to be on me to ask. And I didn’t see any of those interviews until the film was done.”

One of the hardest gets, perhaps surprisingly — or not, if you know what a maverick he can be — was country star Church, who ultimately provides not just some of the best commentary in the film but also allowed cameras on stage to film Leavell making a guest appearance at an arena show. “Eric was hard to get. but once we finally got him,” says Farst, “he opened up all the doors, I got along with him great. and then we were able to do more filming down the road after the interview where we got Chuck back on stage. Also, Eric can talk in a way that he could actually bridge the gap in the love relationship — he’s got a tone in his voice and a real dramatic sense that he puts into it.”

His best score as a filmmaker, or just a rock fan, though, was Pink Floyd’s Gilmour. On what could have been Gilmour’s final major solo tour a few years ago, including a show filmed at Pompeii, Leavell not only served as keyboard player but also sang the Roger Waters part on “Comfortably Numb” every night. Later Farst got a surprising amount of footage in which Leavell and Gilmour shared their love for… wood.

“I loved my three days with David Gilmour,” says Farst. “He is the nicest guy in the world, and anybody that’s a David Gilmour fan, you are rooting for the right guy. … When we first showed up in London at the ‘Pompeii’ premiere, he walked up to Chuck, and on his phone he shows Chuck this cherry bench that he made from a tree off his property. And I’m like, ‘Is he really talking about woods?'” Farst laughs. “The next day I traveled two hours south of London to his private studio, and he’s showing me the guitar that he played ‘Comfortably Numb’ on, and I brought up the cherry bench and said, ‘Could I film that somewhere?’ He says, ‘Yeah, you’d have to go to my other house.’ When I came back a month later, I filmed Clapton one day, and the next day I’m on a train heading to David’s house. I didn’t really think David was going to be there — I just thought it’d be a handler saying, ‘Here’s the bench, man’ — but David walks out and spends a couple hours with me, walking and getting those shots. He has a passion for trees, as well: He’s planted 20,000 trees. He offered me an apple, and then we went inside and had tea for three hours.” Farst doesn’t ascribe that friendliness strictly to his own charms: “I could tell that he really wanted to be in Chuck’s film.”

Says Leavell, “Let me say this, because we’ve talked about some of the folks that we did get for the film, but there are some that unfortunately we couldn’t. Brother Gregory Allman, you know… I was very, very pleased to at least have done that show ‘All My Friends’ at the Fox Theater that was made into a DVD, and it was a great joy to be in that setting for Greg and I’m so, so glad that we had that experience. But boy, oh boy, would I have loved to have had him on camera, God rest his soul.” (Another collaborator who did make it into the film, but has died since its making, is Charlie Daniels.)

At a post-premiere Q&A at the recent virtual SCAD Savannah Film Festival, co-hosted by Variety, Leavell was asked by a viewer to name his three favorite experiences.

“Oh my goodness,” he said. “Memories that stand out to me right off the top of my head: the Allman Brothers Band, Watkins Glen. We played with the Grateful Dead and the Band. We broke the record of Woodstock for a single performance attendance, with 600,000 people. I have a wonderful shot of Jerry Garcia and myself backstage jamming. There was of course the inevitable jam that occurred on the stage, but to be backstage with Garcia, that was a special moment, for sure.

“Then, with the Stones in 1990, after the wall fell in 1989 and we were on the Steel Wheels tour, and the whole world and Europe especially had changed so much. This feeling of freedom and brotherhood and sisterhood… We played in Prague to 126,000 people, and I’ll never forget the posters read, ‘Tanks roll out, Stones roll in.’ So that’s a great memory.

“And we (the Stones) did a free show in Rio de Janeiro, on Copacabana Beach, in which we had a million and a half people, which was insane. One thing that stood out to me about that particular show was all the boats. It was incredible to see the ocean of human beings, but when you looked out to the actual ocean and saw thousands of these boats that were anchored, listening to the concert, and the twinkling of the lights on those boats, that stands out to be a pretty cool memory.”

Asked by another viewer if there’s anyone he hasn’t yet played with that he’d like to, Leavell had an instantaneous answer: “Van Morrison. And every time I say that to musicians that have worked with Van, they all look at me and they say… ” He shakes his head and laughs, rather than pass on any musicianly gossip. “But he’s such an incredible artist, isn’t he?” Exuding as much Southern virtue and humility as he has among rough rock royalty for a half-century, maybe Leavell could turn even rock’s biggest curmudgeon into a hugger, as well as a tree-hugger.

After this week’s theatrical run, “Chuck Leavell: The Tree Man” will be available as a video-on-demand title in December.