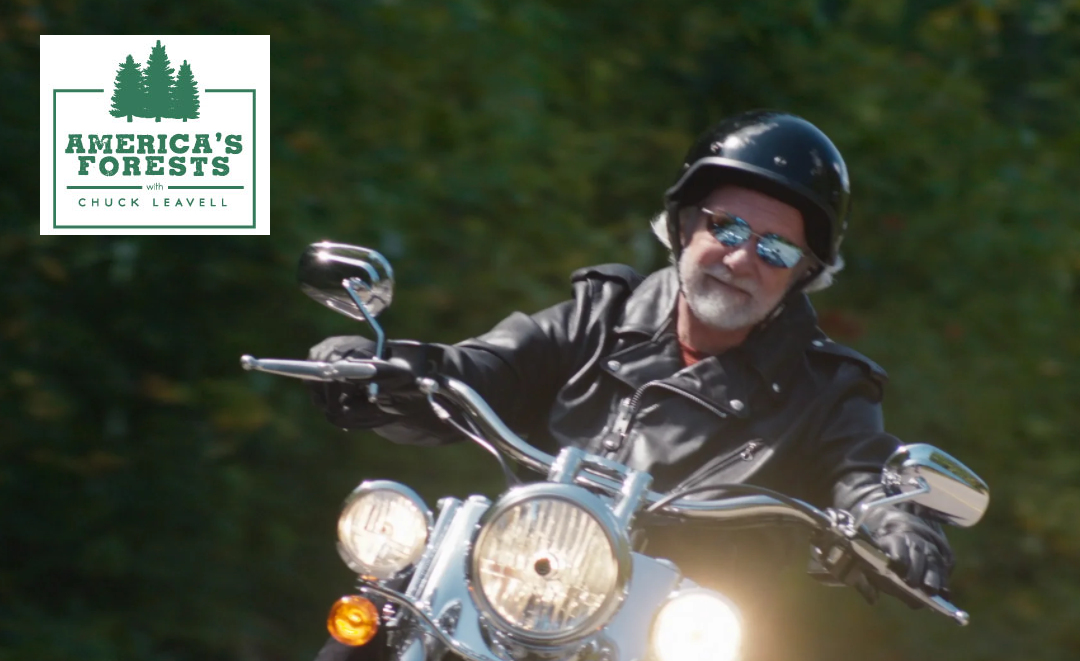 Forests from across the state will be featured on the TV show "America's Forests," which Leavell hosts, according to a release from the Wisconsin Department of Natural Resources. Wisconsin's forests will get a two-part episode, to be shown on PBS nationwide alongside other episodes that feature Oregon, Colorado, South Carolina and California.

During the episodes, Leavell will travel the state on a Harley-Davidson, stopping first in the Northwoods to talk about managing forests for ruffed grouse and learn about sustainable forest practices in the Menominee tribal forests, the release said.

He'll then travel south to learn more about the state's urban wood movement, visit the USDA's Forest Products Laboratory and explore the Baraboo Hills. After that, he'll visit the Suamico School Forest to attend the Log-A-Load for Kids event, where elementary students from area schools get to experience being foresters for a day.

Heather Berklund, the chief state forester of the DNR, said the episodes are a great way to show off Wisconsin's 17 million acres of forestland.

“These two episodes of the show highlight several shining examples of this collaborative work to ensure that Wisconsin forests provide ecological, social, cultural and economic benefits for today’s citizens as well as for future generations,” she said.

Leavell, a keyboardist who has also performed with Eric Clapton and the Allman Brothers, is a conservationist, environmentalist and tree farmer in his spare time, according to the release. He studied forestry while on tour in the 1970s with the Fabulous Thunderbirds and then turned his family's home in Macon, Georgia, into a tree farm. Leavell joined the Rolling Stones in 1982, and still sings, plays keyboard and is a musical director for the famous group, according to his website.

The Nelson Institute for Environmental Studies at the University of Wisconsin-Madison will host a virtual premiere for the two episodes, from 6:30 to 7:30 p.m. on Wednesday, Oct. 21. The online event will also feature other forestry leaders from the state, who will speak about managing both public and private forestland in Wisconsin. Leavell will also speak during the panel. The program can be watched at www.americasforestswithchuckleavell.com, and it will air after the premiere on PBS stations.