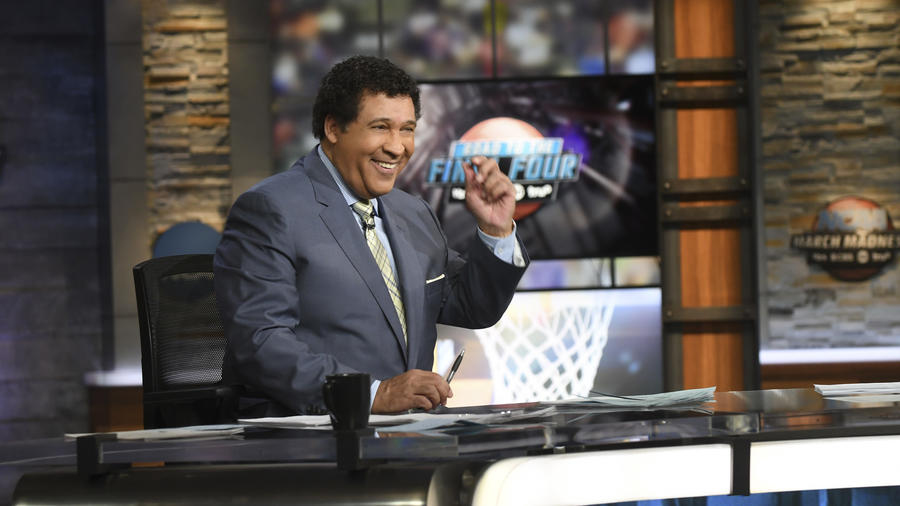 Of all the roads to this weekend's NCAA men's basketball Final Four in Arizona, CBS host Greg Gumbel's might be the circuitous.

If not for the surprise U-turn that brought him back to his childhood hometown of Chicago and into broadcasting more than 40 years ago, he might have dead-ended selling medical supplies in Detroit.

"Having done it for 20 straight years is a help in the basketball studio" job, Gumbel said. "But there's a learning process along the way, how to get in and get out, making your points. It's an informational thing for viewers, as far as I'm concerned."

It has to beat selling catheters.

"Look, don't get me wrong, that was a very good job with a good company and great support ... and I was successful at it," Gumbel said this week. "It was just not something I liked, to have a director of nursing calling my home at 5 in the morning asking where her needles and syringes were. I'm happy I made the jump."

His sportscasting career began in 1973 with a call from his younger brother, Bryant. Greg had a few jobs since graduating from Iowa's Loras College with a degree in English and still wasn't sure of what he wanted to do.

Gumbel's eight years at WMAQ enabled him to hone sportscasting skills that would serve him well in studios and broadcast booths for outlets such as ESPN, Madison Square Garden Network and New York's WFAN-AM.

"I was very fortunate that Channel 5 stuck with me until I figured it out," he said. "At the network level, I was working at Madison Square Garden Network when CBS called one day and said they wanted me to do play-by-play on some NFL games. The first thing I said was, 'Why?' because I'd never done it before. And they said, 'We think you can.'"

They were right, too.

It's not for lack of confidence that Greg has little interest in moving beyond games and into more serious matters, as his brother Bryant did for a time in news and, currently, as host of HBO's "Real Sports," a program rightly acclaimed for its off-the-field investigations and feature reporting.

"I don't doubt that I could do it ... but I think I'd be bored silly," Greg said. "I'm infuriated enough looking at politics day and night. I'd hate to have to talk about it every day. I don't think I have that interest (and) my interest in sports is limited to what's on the field or what's on the court, what's on the ice, the results, who won, who scored."

When he and Bryant get together, as Greg says they did over dinner a couple weeks ago, the two De La Salle Institute' alumni are more likely to discuss books than sports.

"We grew up arguing about sports," Greg said. "He was the Cubs fan. I was the White Sox fan. My dad was the referee. We've had enough of arguing and we've talked sports most of our broadcast life."

It might be different if Greg were still selling IV tubes for a living. Fortunately, he's not.