The first African-American to call play-by-play of a major sports championship in the United States is still raising the standard. 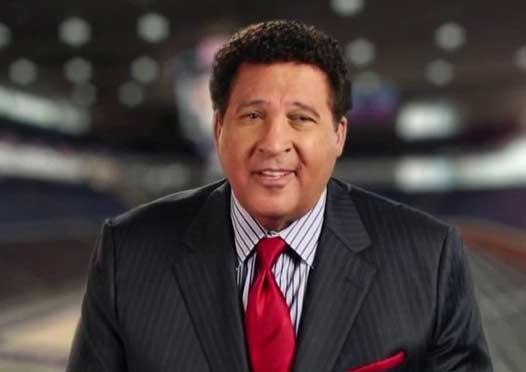 If we were using sports terminology a lot of heads would call Greg Gumbel "The GOAT." Gumbel's CBS career began with part-time work as an NFL announcer in 1988, and the rest is history. The broadcasting pioneer has become one of the most notable, recognizable and impactful voices in the world of sports.

Gumbel: Whenever you talk about something being special for me the definition is, “Is there anything else like it?”

And there’s nothing else like March Madness. The fact that it brings together all of the good teams from the conferences and the next best teams who get at-large bids, together to face each other in head-to- head competition and crown an ultimate champion the way this one does over a short period of time and you can condense it all into one big weekend and then another big weekend and then a Saturday and a Monday. I think the very nature of the event is one thing.
 
The other is that there’s something very special about college basketball. It’s different from the NBA. Yeah the guys in the NBA are more polished, but in essence, by and large these are still considered kids and the fact is that instead of having Chicago, new York or Los Angeles written across their chest, they’ve got Duke and Notre Dame and St. John’s and Kentucky. Not only does it represent the school but in many ways it represents an area of the country that people can identify with. So all of that put together is something totally unique to any other event.

Gumbel: There have been kids that have gone straight from high school to the NBA. I think however that once they get there they find that the NBA players are a lot more talented than they thought and the player finds that they may have been overrating their talents a bit. Obviously a Kobe, Moses Malone and LeBron are different because those guys are special and not everybody can skip college and be ready to play pro. Look at the guys who go to college, refine their games and still don't make it in the NBA. I think that it’s one of those things that’s there for the protection of the kids.

More so in football where I think you can develop more physically in college to be able to deal with the pounding you’re going to take in the NFL. But I think it also applies in basketball too. I’m also probably being very “Polly Anna” about the fact that you get an opportunity to get an education when you go to college. How many people are going to make it onto an NBA roster when they finish playing college basketball?

Gambler: NBA players showed greater solidarity and were more outspoken than in recent years during the Donald Sterling saga. Do you notice a growing player consciousness concerning social issues?

Gumbel: Not everybody obviously, but I think there are a growing number of players who realize that they can make an impact on people, society and circumstances beyond being a basketball player and they use that to reach some other people, who wouldn’t normally be reached otherwise. Now does it mean that you have to follow everything they say to the letter of the law, no because I can care less if a celebrity tells me who to vote for. I could care less because I can think for myself and I don’t need George Clooney or Oprah to tell me who they are voting for because it won’t influence my decision.

It’s nothing against them but the fact of the matter is that these celebrities do influence some people, negatively and positively.